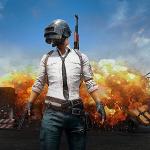 The toughest force squad has landed in PUBG Online, a new action game at Friv free games! It's one of the hottest games online for boys who love competing in a wide-open battle nowadays. Build your own team and prepare for counter-attacking now! The players will play in the team as they join this large-scaled battle. The main goal is to claim the victory by defeating all the existed team on the map.

It has elaborated features for graphics and amazingly designed characters. The players get to choose which kind of the point of view that they like whether it's a first-person or third-person view. Also, this can be switched back and forth during gameplay to maximize the observation for each player.

All of the competitors at http://frivclassic.net/ will parachute to a remote island where they have to explore, find the weapons, choose the equipment from abandoned buildings and defeat others. The riskier the zones you choose, the more chances that you can find awesome weapons and bonuses. Try to kill other opponents before they can hunt you down. Also, bear in mind that you can acquire the gear from the dead enemies.

During the game, random sectors of the map will be bombed by airplanes to spice up the gameplay a little bit! Therefore, beware of the red highlighted sections on the map and run when necessary. Defeat other teams at some action-based games like Slient House and Rebel Attack Shooter as well!

Move with arrow keys, interact and shoot using the mouse.