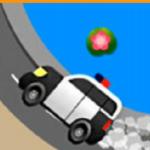 The chase between the police and the thief has started! In this Friv game, the police discovered a thief and are chasing behind the suspicious car. However, the road here is round! We need a great driver to assist the team while following the thief's car without crashing into each other. Since the diagram of the road is small, you need to be extremely focused and switch the direction very fast.

After a while, it's not that hard to gain high scores and write your name on the Leaderboard! The game is one of the games with an endless theme, therefore, kids can enjoy it for as long as they like. Take on the role of the police and the thief to carry out the daily tasks of a policeman now! Would you like to try out other games from the same genre? How about Supercars Drift and Toy Car Simulator?

Use the left mouse to change the direction of two cars.