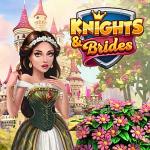 Do you know the classic story of Sleeping Beauty? Now, a new spin-off of this original romance has been developed for the boys and girls here at Friv free games! You can choose to write the story of your own in the fantasy world either as a mighty knight or as an elegant princess!

The game is about the knight trying to fight off the other force and military might to save the princess. It's not as easy as you have seen in the old movies. He will have to go through a long process of training, prepare his own gear and armor, then defeat more than one enemy. By joining different battles, you have to go up against the toughest knights in the battles of the spear. Use the right movement and good spears to poke and push the others of the horses.

Not only does this game have action features but it's also a massive adventure world where the players can build up his own defensive line and army. You can gain towers, buildings, and soldiers using the earned currency in this game at http://frivclassic.net/. Or if you want to be the princess and just enjoy the view of good fights, check out the training center first! This game has 2D graphics but with detailed characters.

The list of tools and equipment in this game is also expanded with the best weapon choices so that our lovely players can have the best time of their lives! We want you to challenge yourself more with other fun action-based games such as Man Of Steel City and Blocky Farm too!

Use the mouse to interact and fight.